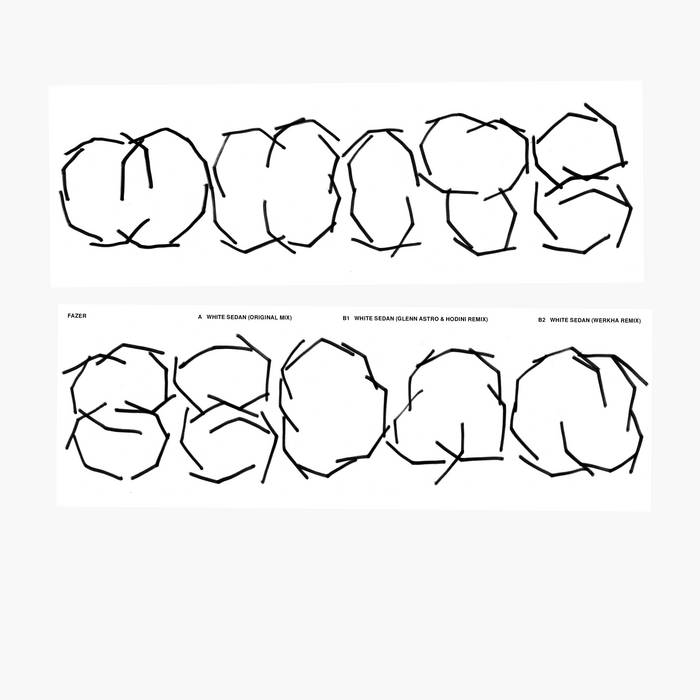 The German Jazz quintet Fazer releases the 12“ White Sedan with two remixes by Glenn Astro & Hodini (Apollo, Ninja Tune, Tartelet, Money $ex etc.) and Werkha (Tru Thoughts).
The band appeared on the map in March with their self-released debut album MARA. The dynamic range of their drum-centered sound combined with extensive improvisation resonated with international listeners and DJs alike, appearing in sets by Mafalda or Louise Chen and on the waves of radio stations like NTS, Le Mellotron or Worldwide FM.

The original track builds on the so called „Guaguanco“, a traditional latin rhythm that is closely tied to dance. Stretching over 7 minutes, the song opens with an introduction of the groove by the two drummers. The main theme then sets the mood that is maintained through searing trumpet kicks and two solos of remarkable restraint that is too often missing in the contemporary jazz world. After a reprise of the theme, the tune ends on a mellow note echoing its more frantic parts in a more soberly manner.
Romantic yet never tacky, White Sedan can be a special turn in an eclectic DJ-set as well as the soundtrack to a sundown getaway scene in a heist movie.

Glenn Astro & Hodini completely melted down the original stems, molding them into a glimmering warm-up gem with the usual virtuosic musicality they're both known for. While for their latest LP „Turqouise Turtle“ on Apollo Records they pooled together individual tracks, this remix is their first proper collaborative effort so far.

Werkha's take incorporates the original rhythm but adds a breath of fresh air with deep jazzy keys and ecstatic Prophet synth stabs. While it starts smoothly, inhaling the vibe of the original, the remix evolves into a peak-time banger that could tear the roof off of any party at the right moment. The distorted percussive elements give the track a breaky attitude and expose the gritty northern roots of the Manchester-based producer.

Bandcamp Daily  your guide to the world of Bandcamp